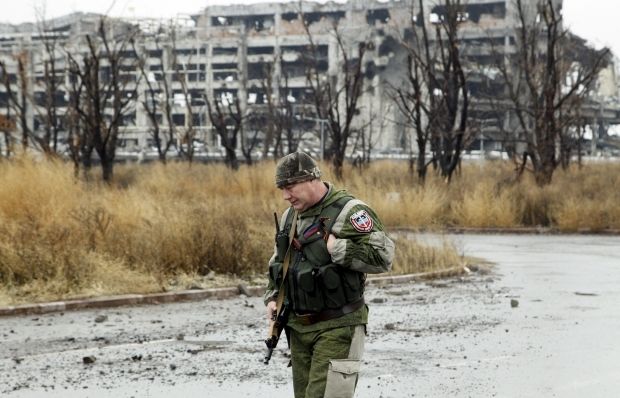 Russian-backed illegal armed groups continued provocative shelling of the Ukrainian positions in the Donbas conflict zone overnight, the press center of the Anti-Terrorist Operation (ATO) wrote on Facebook early Monday.
In particular, "at night, mercenaries from pro-Russian hybrid gangs used 82mm mortars, which are banned under the Minsk agreements, to shell the town of Krasnohorivka seven times," the ATO press center said in its update. The militants fired a grenade launcher directly on the village of Mayorsk near the temporarily occupied town of Horlivka, as well as small arms on the village of Novhorodske. In particular, an enemy sniper was working there. "The Kremlin-backed mercenaries also fired grenade launchers and sniper rifles on the village of Zaitseve, heavy machine guns on the village of Luhanske, and small arms on Mayorsk," the report says. It is noted that most of the ceasefire violations were recorded near the temporarily occupied city of Donetsk. The villages of Opytne and Pisky, and the towns of Avdiyivka and Maryinka were under militant fire. The enemy mainly used small arms, heavy machine guns and grenade launchers. "In general, on Monday night, the occupiers tried to provoke Ukrainian defenders about 25 times to violate the ceasefire. Yet, their efforts were in vain," the press center said.
Source:
http://www.unian.info/war/1211158-donbas-militants-continue-shelling-krasnohorivka-under-82mm-mortar-fire.html