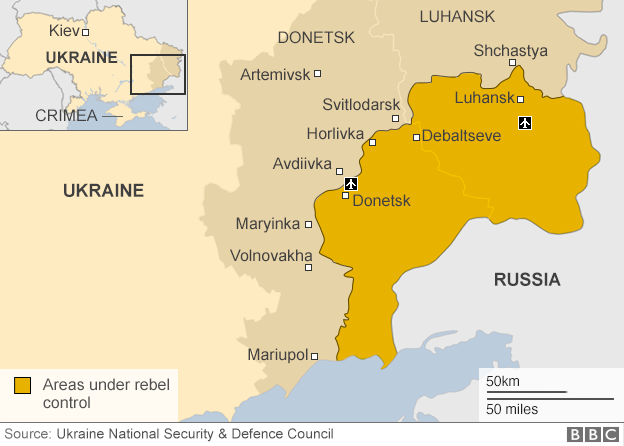 A ceasefire is due to come into effect in eastern Ukraine following a deal in Munich over the weekend to halt fighting and withdraw heavy weapons from the front line.
But there have been many such agreements in the past and the omens for peace in the region are not good.
Russian-backed fighters and the Ukrainian army have clashed almost daily for the last 30 months.
At the beginning of January there was a serious escalation in the violence.
Ukraine said two of its soldiers had been killed and 16 injured in fighting over the weekend.In theory the two sides will this week pull back heavy weaponry from areas near the front line.
But a source at the Munich talks over the weekend told the BBC that no progress had been made in reaching a political solution.
Source:
http://www.bbc.com/news/world-europe-39023753