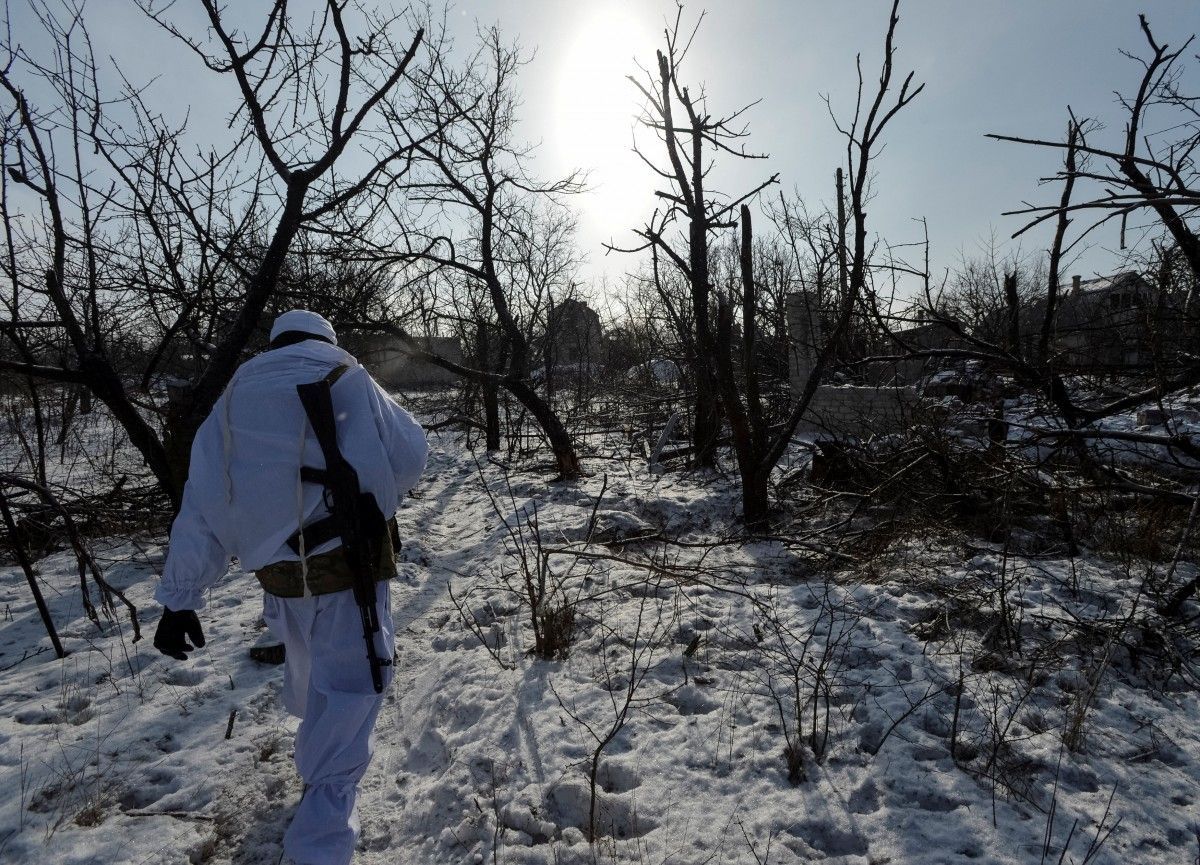 From the beginning of the day, occupation forces shelled the units of the Armed Forces of Ukraine five times along the contact line in Donbas, as stated in a summary by the Headquarters of the Anti-Terrorist Operation as of 18:00 on January 3, 2018.
"Since the beginning of the day, along the line of demarcation, there have already been five shellings of our positions by the enemy. All ceasefire violations, as in the last few days, took place in the Donetsk direction," the headquarters said. It is noted that in the suburbs of Avdiyivka, the enemy fired at the strong points of the ATO forces from grenade launchers of various types and large-caliber machine guns. "Around Maryinka, the invaders launched four 82mm caliber mines. Mortars of the same caliber and grenade launchers were fired by Russian-occupation forces on defensive fortifications near the Butivka mine," the ATO HQ reported.
In addition, the invaders used virtually the entire arsenal of infantry weapons near Vodiane - grenade launchers of various types and large-caliber machine guns. In the same area, not far from Shyrokine, the invaders violated ceasefire using small arms. Ukrainian servicemen ensured the implementation of all measures to observe the ceasefire regime and did not return fire. In other sectors of defense, no ceasefire violations were recorded. As UNIAN reported earlier, on December 20, at a meeting of the Tripartite Contact Group on Donbas settlement in Minsk, an agreement was reached on the establishment of a New Year-Christmas truce from midnight on December 23. However, the Russian-led forces have been violating the agreement.