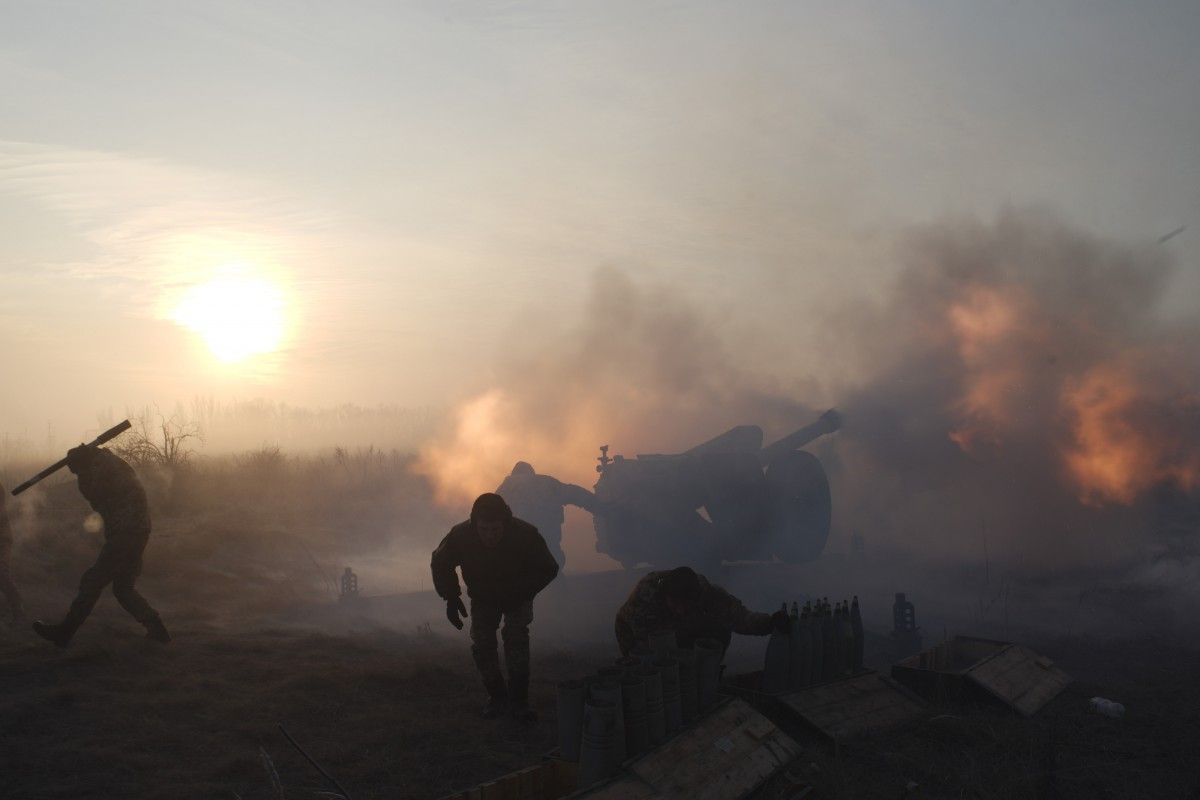 The attacks were registered in the first part of the day, whereas the rest of the day saw no violation of the truce, the ATO HQ wrote on Facebook on Sunday, January 21.
The enemy in the Luhansk sector mounted a short attack on Ukrainian positions near the village of Luhanske, using various types of grenade launchers. "Areas adjacent to the Sea of Azov became a hot spot in the Donetsk sector. The enemy repeatedly attacked our positions around the village of Vodiane, using 120mm mortars, cannons of infantry fighting vehicles, grenade launchers, machine guns, and small arms. Positions near the village of Shyrokyne in this sector came under 82mm mortar fire, grenade launchers were also used," it said. The village of Novoselivka Druha was also attacked: the occupation forces used grenade launchers, large-caliber machine guns, and small arms. According to the ATO HQ, one Ukrainian soldier was wounded in action, another four sustained battle-related injuries. Their condition is satisfactory, doctors say.