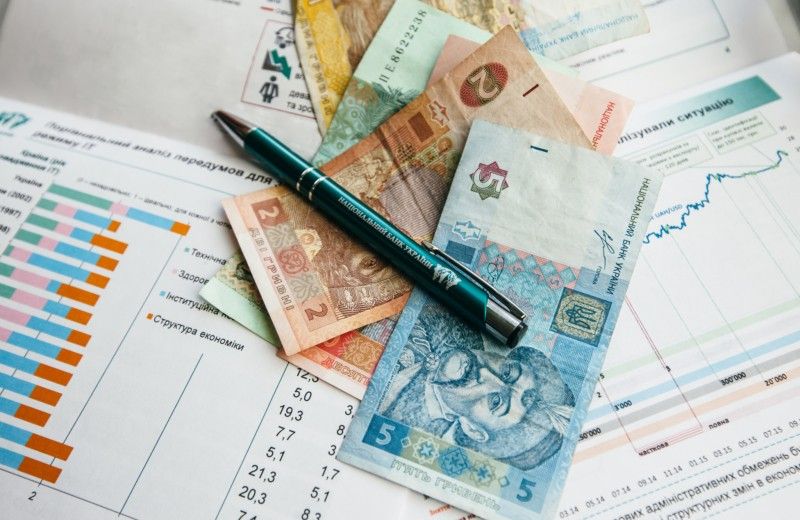 Recently, the problems of technical default and the personal security of politicians have become very relevant for the Ukrainian authorities. The money factor has long been the most topical one in the negotiations between the Cabinet and the IMF, sponsors from America and the European Union. The USA has planned 620.7 million dollars aid for Ukraine in 2018. The EU reported on new macro-financial assistance in the amount of 1 billion euros. In addition to this, in 2018 our Ministry of Finance plans to lend at least $ 2 billion in foreign markets and receive a tranche of the IMF loan of at least $ 1 billion.

But the fight against corruption and the development of the economy is the tenth or even twentieth task for the Cabinet and the Verkhovna Rada. At the same time, politicians do not want to recognize that there is enough private capital in Ukraine to actively develop the real sector of the economy and build new Ukrainian markets and create hedging.

For this, IMF loans are not needed, and no one needs to beg for sponsorship. It is enough to avoid the corruption schemes, by adopting at least two bills "On capital markets and regulated markets" and "On currency". After all, now financially wealthy citizens have accumulated about 90 billion in foreign currency and up to 280 billion hryvnias. How to direct this money into investment? I am sure that businesses would do this at their own expense; support from the state budget-2018 is not even needed. It is enough to give entrepreneurs and investors the “civilized” rules of the game. After all, Ukrainian assets today have significantly fallen in price that one attracted hryvnia can return 5-6 hryvnias in some 1.5-2 years.

And what is especially important, we must fulfill what Western and Asian colleagues demand of us, ensuring free circulation of capital and liberalizing currency regulation. However, our corrupt top officials and politicians do not want to do it. But the main idea of the draft law "On currency" is strict observance of the principle "everything that is not directly prohibited is allowed." In turn, the entry into force of this draft law would radically change the approaches to currency regulations in Ukraine, which until now, unfortunately, are determined by the notorious decree of the Cabinet of Ministers of 1993. And this modern model of currency regulation in our country would correspond to international practice and, first of all, the provisions of the EU-Ukraine Association Agreement, as well as the EU Directive 88/361 / EEC on free capital flow.

Only after that, the enterprises and companies would get out of the so-called "Stone Age" by entering the public Ukrainian securities market with their corporate bonds and shares. This is what investors from the USA, China, and the EU primarily demand from us (if Ukrainian business wants to effectively attract international capital for its development).

In the conditions of the almost "dead" national stock market, it is especially acute that we are in some kind of failure. I have no doubt that ministers and people's deputies are well aware of this, so they also understand that such dangerous moods of the people should be taken away, and the guilt for this poverty and instability should be better transferred to someone else.

The authorities in other corrupt countries also act this way. This enemy must be close; it would be easier for the public consciousness to comprehend him. By the way, our foreign investors increasingly draw attention to the fact that, in addition to corruption, the prolonged decline in consumer demand in the Ukrainian market significantly reduces the investment attractiveness of regions and the overall economy of Ukraine. But the Cabinet and the Verkhovna Rada assure us, the IMF does not renounce its demands to raise tariffs for Ukrainians, otherwise, we will not receive the next loan.

In this connection, a number of analysts note that by the end of 2018, the price of gas may rise. Moreover, Naftogaz of Ukraine offers to increase the gas price by 62% from April 1 this year (from USD 188 to USD 308). And in October this year, the price for gas can grow to USD 326 per 1,000 cubic meters (without VAT), and if you add VAT here, you get a price of USD 39. Accordingly, it will be necessary to raise individual tariffs for housing and communal services by at least USD 40, and if now industrial enterprises pay about USD 303 per thousand cubic meters for gas and the population pays about USD 265, then the expected increase could be about 15%, plus the payment for heat and hot water will increase by at least 40%. Question: at what rate does the salary grow in terms of the two-digit inflation?

What figures should be given to start fighting poverty and increase the purchasing power of our ordinary people? Judge for yourself, according to the leading experts and analysts more than 75% of Ukrainians live below the poverty line, having cash collateral less than the norms set by the United Nations (according to UN standards, the poverty line is set at $ 5 per day). According to the current legislation, our living wage barely reaches 1.8 USD per day or almost 3 times less than the norms established in the world. Frankly speaking, it is a shame to talk about this with foreign partners.

So, in these conditions, what do internal and external investors advise our authorities and the business community to do? First of all, they should create the Ukrainian Association of International Investors, which would lobby the adoption of two key bills "On Capital Markets and Regulated Markets" and "On Currency" (including creating a legislative base for hedging). At the same time, we should direct our efforts to attract the long-term investments to Ukrainian market.

Time and again time, these bills were frozen at the level of coordination with the deputy factions and because of the narrow interests of some politicians. And again, a well-known phrase comes to mind: "You can hide everything, except poverty and insecurity."