The war in Ukraine is more devastating than you know 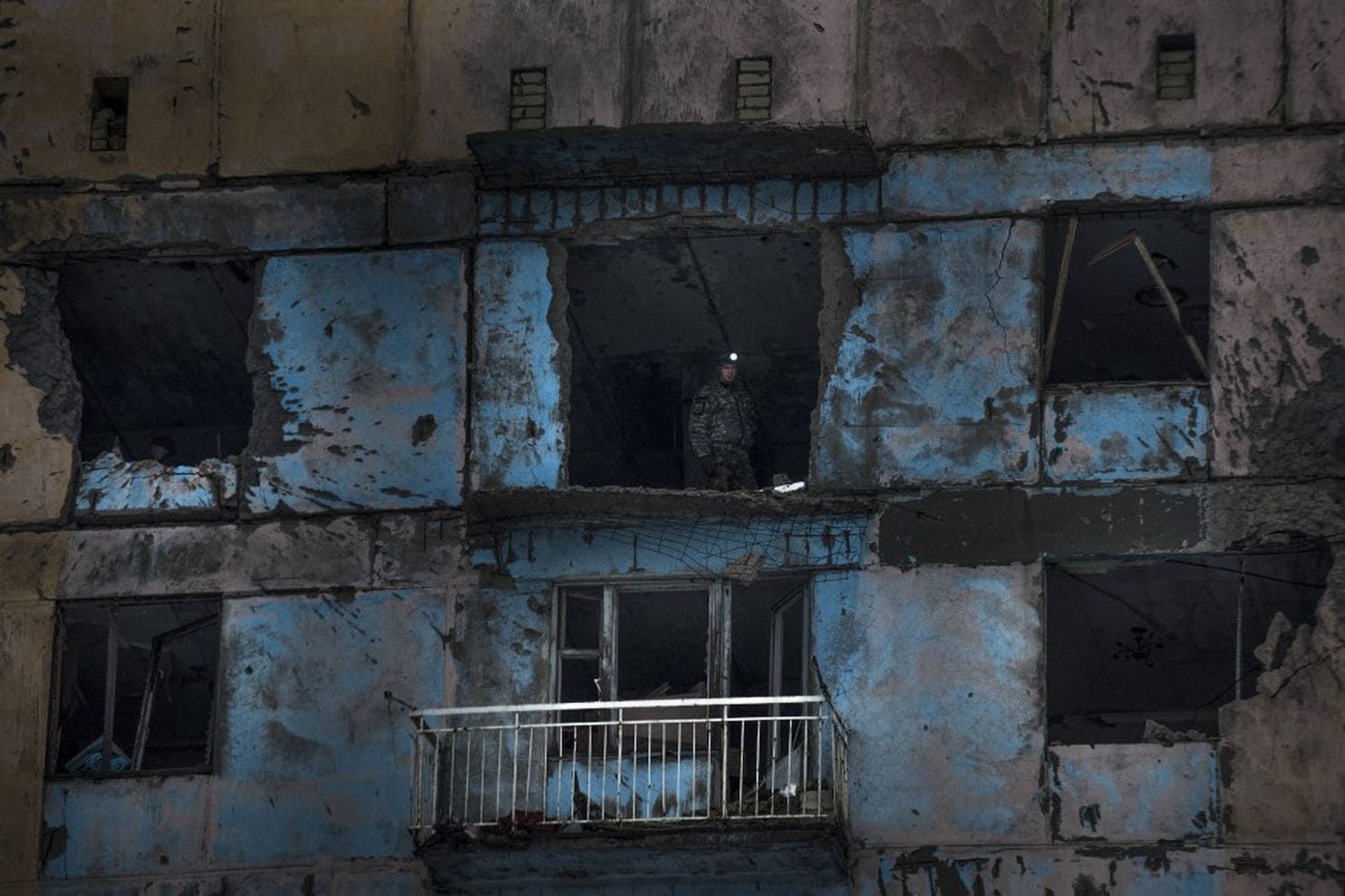 The fighting in eastern Ukraine’s Donbas region is entering its fifth year. More than 10,000 people have been killed in this persistent conflict; 2,800 were civilians. Nearly two million people have been internally displaced or put at risk if they remain in their homes.

Today, the Donbas war is among the worst humanitarian crises in the world, with frequent attacks occurring from both sides across the oblasts (provinces) of Donetsk and Luhansk. Before the war, this compact, heavily urbanized and industrialized region held nearly 15 percent of Ukraine’s population (6.6 million) and generated 16 percent of its gross domestic product.

Now it’s a war zone. And our research has documented that, as its hospitals and medical facilities are destroyed — perhaps even targeted — its citizens are being deprived of basic health-care services, echoing Syria’s similar if larger crisis.

So what happened in Ukraine?

Let’s review quickly how that happened.

In 2014, Ukraine was divided between those who wanted to affiliate with Russia and those who leaned toward Europe and NATO. In Kiev, in what was called the Maidan Revolution, the pro-Europe faction overthrew the kleptocratic and Russian-leaning Ukrainian President Viktor Yanukovych.

Reactions in the Donbas, a region bordering Russia and composed of ethnic Russians and Ukrainians, varied. Separatist forces, abetted by Russia, began fighting the Ukrainian military, soon fortified by backup from Russian army units. That fighting has damaged the Donbas’s basic infrastructure, particularly hospitals and clinics — making it hard for the government to deliver core services such as health care.

How we did our research

Combatants often attack hospitals. In Syria, human rights organizations and the U.N. Security Council have denounced these attacks as violations of international law. Fewer observers have noticed the attacks on Ukraine’s hospitals, even though the World Health Organization (WHO) documented 33 such attacks from 2014 through 2016.

As part of a larger study, we compiled an inventory of the 247 registered hospitals and clinics in the Donbas. We then examined U.N. reports, investigations by nongovernmental organizations, central news reports in Ukraine and Russia, and Donetsk and Luhansk newspapers for evidence of health-care infrastructure damage from 2014 through 2017. We geo-located all specific reports of damage, eliminating duplicates.

Our resulting geospatial database reveals patterns of “bricks and mortar” damage to the health-care system, as you can see below.

Adjusting for multiple hits, we found that 82 medical facilities — one-third of all those in the Donbas — had reported damage. That’s far more than those reported by WHO.

However, the bricks-and-mortar damage doesn’t show casualties among medical personnel or the loss of vehicles. Nor does it show how local civilians suffered severe damage to their housing and access to heat, electricity and clean water. Many of the residents who’ve stayed must now risk a great deal to reach even basic health care.

[ Could U.N. peacekeepers help end the war in Ukraine? ]

Is this a surprise? Are health-care facilities deliberately attacked?

There are no safe places in a major war

The Donbas conflict is often described as “hybrid warfare,” something akin to Russia’s seizure of Crimea with “little green men.” This is a serious mischaracterization.

Yes, at first it was a skirmish between Ukrainian security forces and local separatist militias, bolstered by Russian mercenaries. But by late 2014, the fighting involved large numbers of troops including Russian army regulars, outfitted with armor and artillery.

Most of the health-care damage happened during the heaviest fighting, before February 2015. Since then, damage has been limited to breaks in the cease-fire agreements. Health infrastructure is damaged when it’s located near the heaviest fighting. Away from the front, we found little harm to medical facilities.

Mapping our data illustrates that attacks on health-care facilities are concentrated in the city of Donetsk and its environs; along the cease-fire line, where the front stabilized after February 2015; and around the city of Sloviansk, which was occupied by separatist forces but later retaken by Ukrainian troops. Along the coast of the Sea of Azov, advances by Russian troops and separatists resulted in a cluster of attacks near Mariupol. Northern Luhansk Oblast and western Donetsk Oblast saw little heavy fighting, and therefore little damage.

Many health-care facilities in the Donbas were destroyed. Was this deliberate — or was it collateral damage? We looked at what types of weapons were used, for some clues.

In the Syrian civil war, heavy aerial bombardment destroyed a vast amount of infrastructure. By contrast, the Donbas fighting has used conventional artillery, heavy mortars and rockets such as the notorious Grad (“Hail”) system. Such indirect-fire weapons are not accurate enough to target specific buildings. Those using them often can’t see the target — so to destroy a particular target building, such weapons would succeed only when used in sufficient numbers, and would leave behind a great deal of collateral damage.

Some medical locations might have been attacked by shorter-range, direct-fire weapons such as tanks, antitank missiles or rocket-propelled grenades. Examining both witness accounts and the blast patterns in photos of derelict health-care facilities, we find that the damage appears to be what we would expect from artillery rounds or rockets.

When military targets are attacked and are fighting back, it’s hard to conclude which side damaged the surrounding civilian infrastructure. Reliable reports document that both sides have quartered troops in or fired from hospitals, blurring the line between combatant and noncombatant.

In other conflicts, forensic examination of fragments or unexploded ordnance helps identify the type of munitions used to attack hospitals — making it easier to conclude which side attacked which target. But in the Donbas war, both sides mostly use the same weaponry, making it difficult to deduce which side attacked the health-care facilities.

Were attacks on health-care facilities deliberate? Our preliminary examination suggests that they haven’t been targeted. They appear to have suffered collateral damage, and have been hit by both sides. To draw conclusions about responsibility, one would need to employ the sophisticated open-source data and methods used to analyze the Syrian war damage.

No matter who is responsible, the fighting has damaged not just health-care services, but other civilian infrastructure such as housing, schools and election facilities — while killing, terrifying and displacing civilians. If Ukraine can’t deliver essential services, the war has undermined the legitimacy of the state and made it harder to reach a reconciliation if and when the conflict ends.