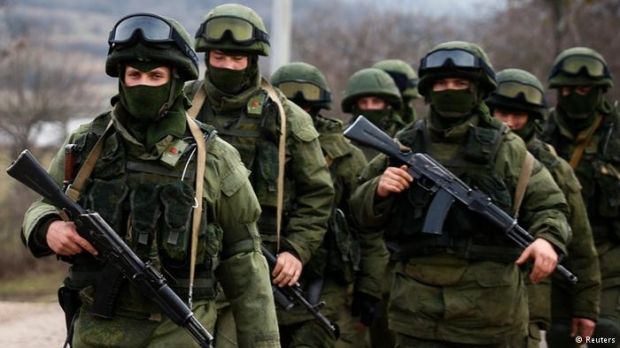 First Deputy Head of the SBU Security Service of Ukraine Viktor Kononenko has said the leadership of the Russian Federation plans another attempt to destabilize Ukraine in autumn under the old pretext of "protecting Russian-speaking population," which involves a subsequent invasion by the Russian regular troops. Speaking at a briefing in Kyiv, Kononenko said the SBU has information on the Kremlin's plans, including "the existence of a group in Putin's entourage, which has a goal to create prerequisites for the introduction of the Russian troops to Ukraine in autumn under the pretext of protecting the Russian-speaking population," the Ukrainian news outlet Liga.net reported.
Kononenko says that to make the idea a reality, Moscow allegedly plans to use criminals, "athletes" and other criminal-related structures "for beating participants of pro-Russian events and religious processions." Earlier, chief of the SBU Security Service of Ukraine Vasyl Hrytsak said the SBU officers had blocked the Russian security services' plans to conduct latent federalization and autonomization in several Ukrainian regions.