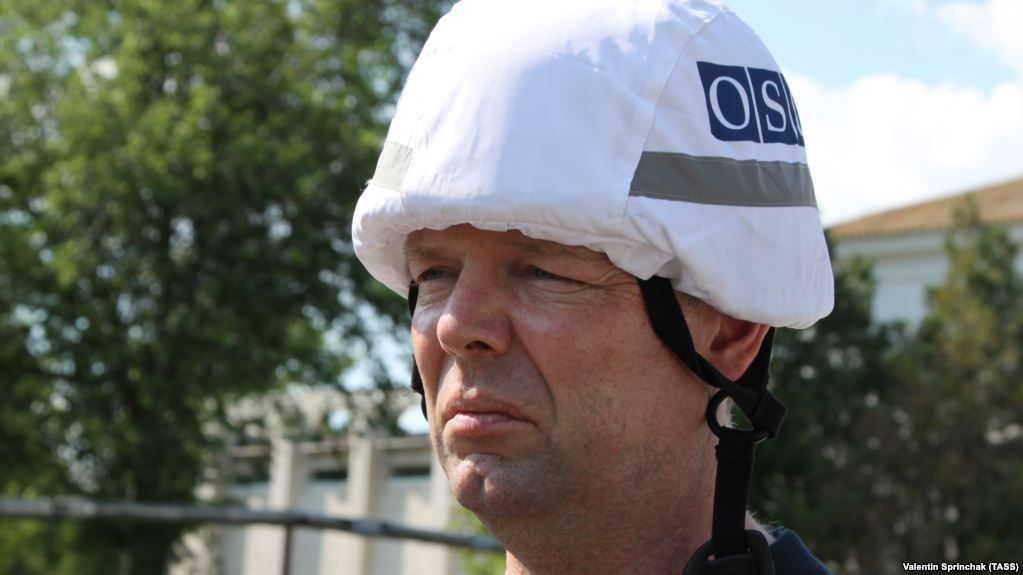 Monitoring officials say clashes between Ukrainian forces and separatist rebels in eastern Ukraine have escalated in recent days to some of the fiercest fighting of 2018.

Alexander Hug, the deputy chief of the Organization for Security and Cooperation in Europe's monitoring mission in Ukraine (OSCE-SMM), said it has confirmed that two civilians were killed and another three were injured last week, adding that "we have many more cases pending."

"Last week was in many ways the worst we have seen so far this year," Hug said at a briefing in Kyiv on May 21. "In total, we recorded 7,700 cease-fire violations."

Ukrainian officials said two soldiers were killed and another four were wounded in fighting near the village of Yuzhnoye early on May 21.

The separatists in the Donetsk region accused Ukraine of using heavy artillery and tanks to shell residential areas. They said four civilians were killed and another four were wounded in Ukrainian shelling last week.

The four-year-old conflict in eastern Ukraine erupted after Russia's annexation of the Crimean Peninsula and has killed more than 10,300 people and caused hundreds of thousands to be displaced.

A 2015 peace agreement was signed in Minsk but daily clashes continue unabated.