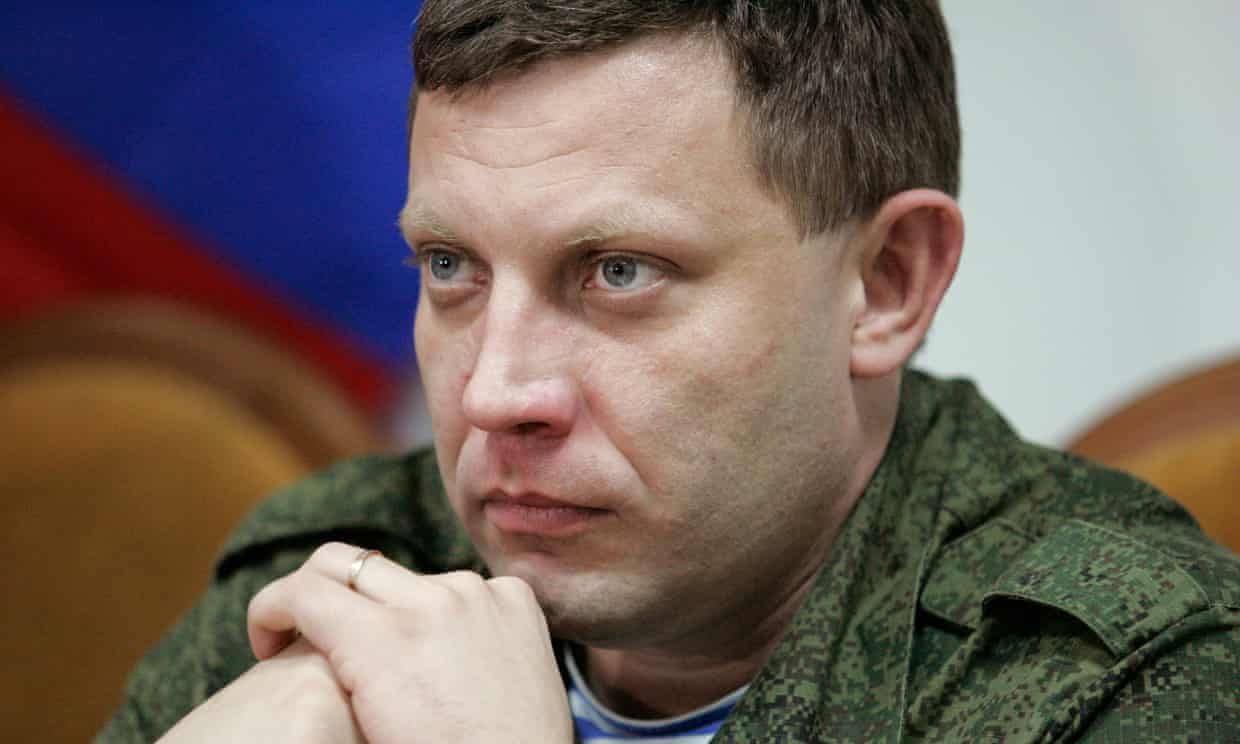 The leader of a Kremlin-backed separatist republic in war-torn eastern Ukraine has been killed in a blast that tore through a cafe close to his official residence in Donetsk.

Alexander Zakharchenko, 42, was named prime minister of the so-called Donetsk People’s Republic (DNR) in November 2014. The DNR’s official news agency confirmed his death and said the republic’s finance minister, Alexander Timofeev, was injured when the explosive device went off in the Separ café in the centre of Donetsk. The bomb was planted in a nearby vehicle, Ukrainian media reported.

Zakharchenko is the latest in a series of separatist leaders to have been assassinated during the ongoing conflict in eastern Ukraine, where more than 10,000 people have died since fighting broke between Kremlin-backed separatists and pro-Ukrainian government forces in 2014, according to UN figures. More than 1.5 million people have been displaced by the fighting.

Vladimir Putin called the killing a “dastardly” act that aimed to destabilise the fragile peace in the region and the Russian president expressed his condolences to Zakharchenko’s family.

The Russian foreign ministry was quick to react, accusing the Ukrainian government of ordering the “terrorist attack”, although Putin’s later statement did not blame Kiev for the killing.

The Ukrainian security service chief, Igor Guskov, said Zakharchenko’s death could have been the result of infighting between rival separatist factions or an operation by Russian special forces. Kiev has previously accused Russia of killing separatist figures who refuse to obey Kremlin orders.

Separatist forces have detained a number of suspects, Russia’s Interfax news agency reported, citing a security service source in Donetsk. “Several Ukrainian saboteurs and people connected to them have been arrested on suspicion of involvement in the assassination of the republic’s leader,” Interfax quoted the source as saying.

Numerous international attempts to secure a lasting ceasefire in eastern Ukraine have been unsuccessful. The United States and European countries imposed economic sanctions on Russia over its military actions in Ukraine in 2014, including the Kremlin’s annexation of Crimea. Putin denies sending troops and weapons to eastern Ukraine, but admits that some Russian “volunteers” are fighting alongside separatist forces.

Ukraine’s infrastructure minister, Volodymyr Omelyan, said this month that Kiev would sever all remaining public transport links to Russia over its military actions in eastern Ukraine, as well as an increase in Russian naval activity near Crimea. There have been no direct flights between the two former Soviet republics since October 2015.