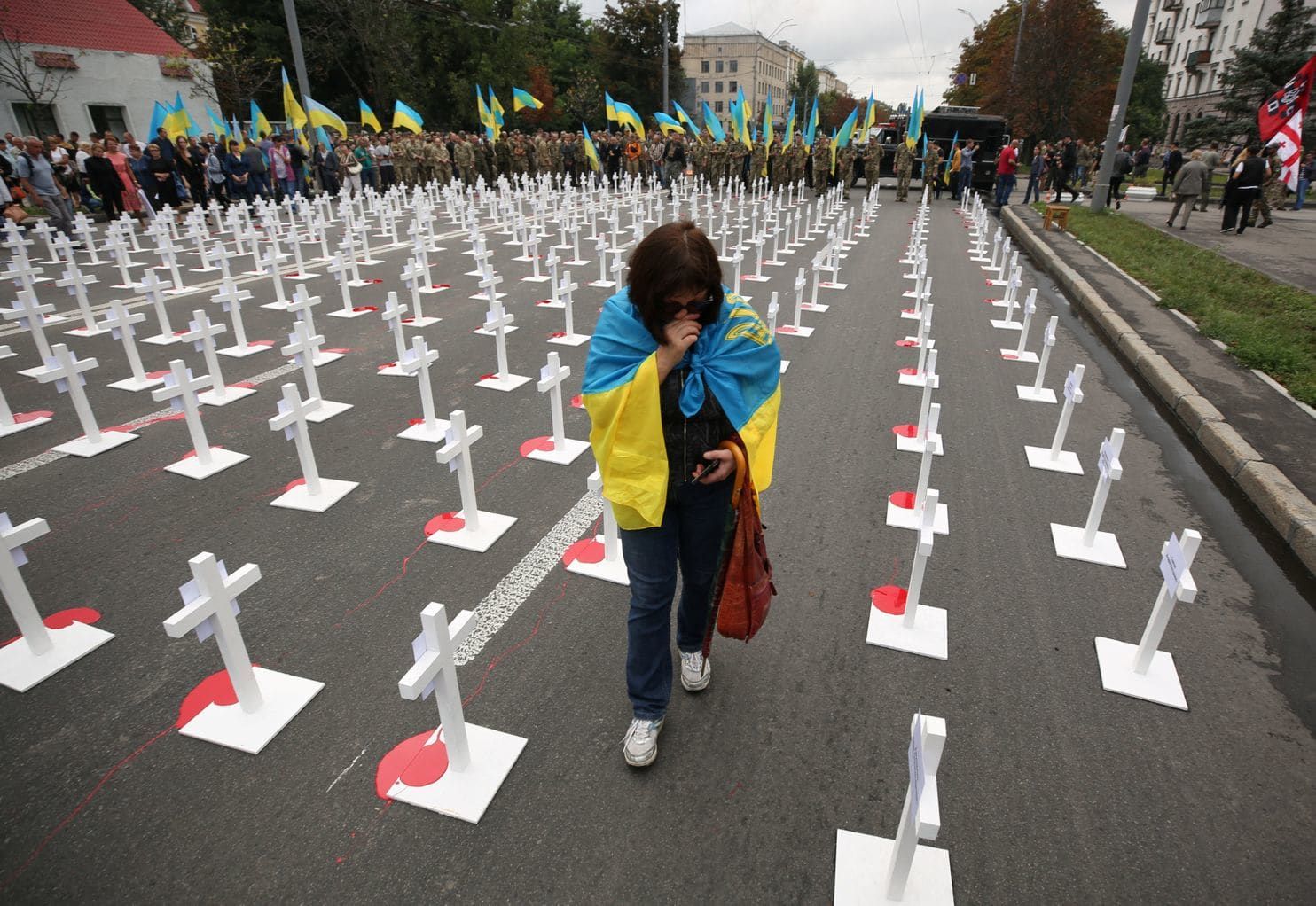 When they first arrived in Lviv, a university rector told me, the students who came from Donetsk walked around in packs, speaking loudly in Russian. They didn’t want to speak Ukrainian, as most inhabitants of this city do; they didn’t want to integrate. Lviv is in western Ukraine, near the Polish border. Donetsk, hundreds of miles to the east, has been occupied by Russian-backed “separatists” since the Russian invasion in 2014. The new students were “internally displaced persons” — refugees in their own country.

But that first year ended, and the second year was different. By the third year, the rector told me, the students from western Ukraine and the students from eastern Ukraine were nearly indistinguishable — and they aren’t alone. Four years have now passed since the invasion, and the 1.5 million Ukrainians displaced by the war are coping better than might be expected. Most of those who are of working age have jobs. The majority say they trust their neighbors.

The integration of the Donetsk refugees into schools and communities in the central and western parts of the country is also part of a broader story: the integration of the war into the consciousness of Ukrainians. Although it’s no longer on front pages, the Russian-Ukrainian war continues. One of the Russian-backed separatist leaders was killed in a bomb attack in August. Skirmishes take place most days, and soldiers on both sides die most weeks; there have been more than 10,000 casualties since 2014. Some of Lviv’s baroque churches have chapels dedicated to the victims.

Slowly, the never-ending conflict is altering attitudes here, leading to what a perceptive Atlantic Council report has called “the geopolitical divorce of the century”: the separation of two countries that have been part of the same empire for centuries. Trade between Ukraine and Russia, whose economies have been intertwined since the Middle Ages, has plunged, replaced in Ukraine by trade with Europe and the rest of the world. India, not Russia, is now the largest buyer of Ukrainian food. Ancient religious links between the two countries are dying too: The Ukrainian Orthodox Church has now formally split from Moscow. Even personal ties are fading: With travel now limited by bans on direct flights between the two countries, Ukrainians are less likely to live and work in Russia, and more likely to go to Poland instead.

Russian cultural influence, once all-powerful, is also disappearing, partly thanks to official decisions. Ukrainian radio stations — like those in Canada or France — are required to play a certain percentage of Ukrainian-origin songs, and many Russian state television stations are banned on the grounds that they carry war propaganda. Some want to go further: Foolishly, the regional legislature in Lviv last week declared it wanted to ban all Russian books and music, a measure that no one in this profoundly bilingual country will be able to enforce. Russian books were readily available at shops, at street stalls and at the city’s annual Book Forum last week. I asked my own Ukrainian-language publisher what she thought of the ban. She texted back a single word: “Crazy.”

hese petty, discriminatory measures are an expression of frustration with a war that doesn’t end. They are also pointless, because a more profound, tectonic shift is already underway. Thanks to the war, and to their anger at its perpetrators, Ukrainians themselves are choosing to speak Ukrainian — more say they do every year. Thanks to the war, the different regions of this vast country are drawing more closely together. Many complain that the war also gives Ukrainian politicians an excuse not to do things, not to make the radical economic and legal reforms that the country still needs. But thanks to the war, more Ukrainians also identify themselves as “European,” in opposition to Russia, and more Ukrainians understand that this “Europeanness” means they need to be vocal and organized in their desire for change.

It is ironic that the Russian invasion, originally intended to punish Ukraine’s Western-oriented government, has pushed the country in a dramatically different direction. It’s also a reminder that the supposed strategic gifts of Vladimir Putin, the Russian president, are in fact very limited. His interference in Ukraine has made a once-friendly neighboring country into an enemy. His efforts to unite “Russian-speaking peoples” into a Eurasian bloc persuaded thousands of people to stop speaking Russian. And, of course, his interference in the U.S. election has produced more paranoia about Russia in the United States, and more opposition to Russia, than we’ve seen in half a century. Ukraine is an excellent reminder of how violence can have unexpected consequences — and of how a short-term victory can lead to a longer-term defeat.