Twenty-three Ukrainians on board three boats captured by Russia, contact with them lost 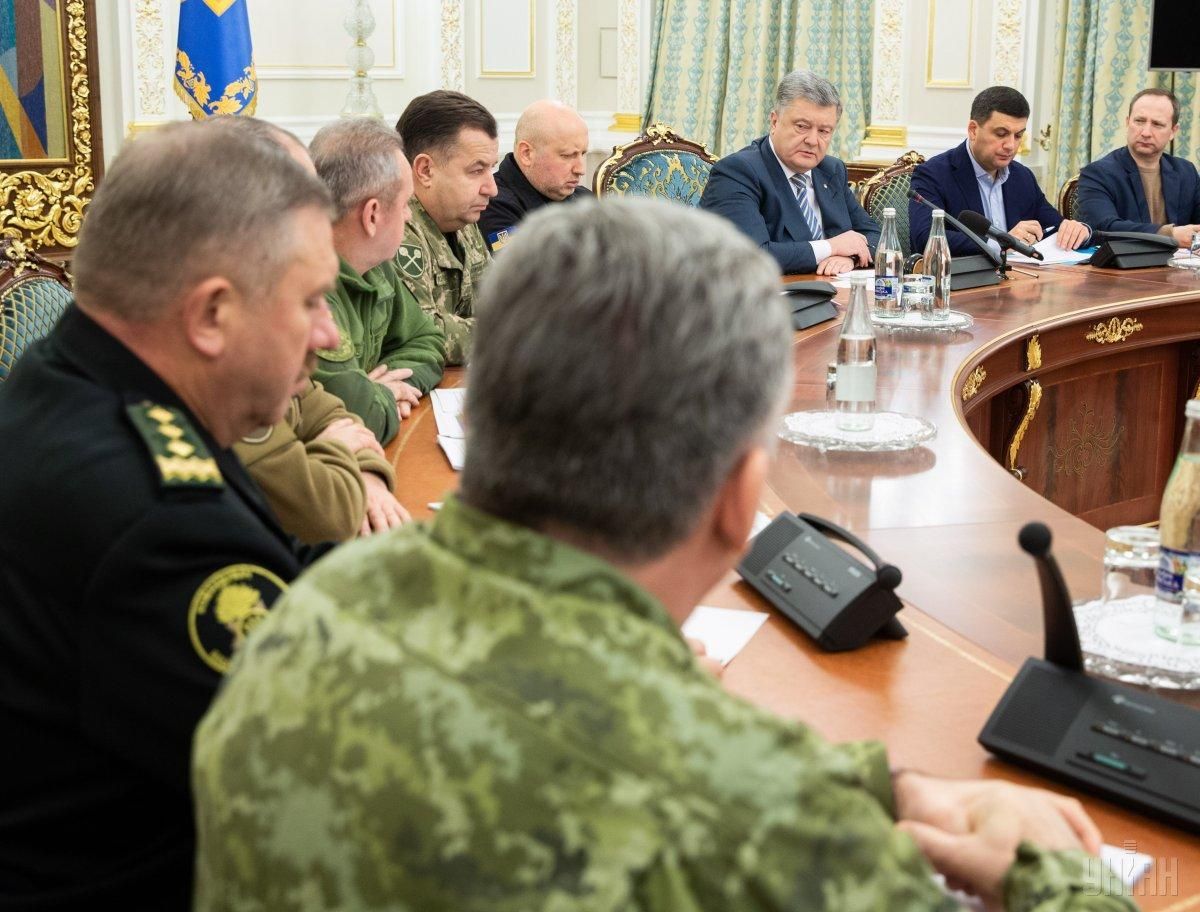 Chief of the General Staff of the Armed Forces of Ukraine Viktor Muzhenko says there were 23 Ukrainians on board the three boats captured by Russia near the Kerch Strait; contact with them has been lost. "We know nothing about the navy men, there is only information about six wounded, two of them have been wounded seriously," he said at a meeting of the National Security and Defense Council of Ukraine in Kyiv in the early hours of Monday, November 26. According to Muzhenko, the command receives controversial reports. "Communications with the boats and members of the Navy of the Armed Forces of Ukraine after the Russian Federation's action have been lost and are now being blocked. There were as many as 23 people on board the vessels," he said. Ukraine's presidential envoy to the Autonomous Republic of Crimea Borys Babin wrote on Facebook that at there were least two dozen prisoners of war as a result of a recent act of Russian aggression. "At least six wounded; more than two dozen prisoners of war. [It's a] direct act of aggression of the Russian Federation. We expect relevant decisions by the National Security and Defense Council. The aggressor has just confirmed the seizure of the vessels and crews. If this is not the moment of truth to take certain decisions, then there is a risk that it will never happen," he wrote.
As UNIAN reported earlier, Russian coast guard ships opened fire on a group of vessels of the Ukrainian Navy – two small-sized 'Berdiansk' and 'Nikopol' armored artillery boats and the 'Yany Kapu' tugboat – as they were leaving the Kerch Strait on Sunday evening. Prior to that, on Sunday morning, the 'Yany Kapu' (Yani Qapi) tugboat of Ukraine's Navy was rammed by a Russian coast guard ship while the Ukrainian vessels were carrying out a planned transfer from the port of Odesa to the port of Mariupol in the Sea of Azov. The Ukrainian side said notification about the transfer plans had been done in advance in accordance with international rules to ensure safe navigation. Russia, in turn, claims that the Ukrainian vessels "illegally" entered the temporarily closed water area of the territorial sea of the Russian Federation. The FSB alleges that the Ukrainian side did not file an application for passage and its boats were not included in the timetable for navigation through the Kerch Strait.
The Ukrainian Navy's command insists that under Articles 17 and 38 of the UN Convention on the Law of the Sea and Article 2 of the Treaty between Ukraine and the Russian Federation on cooperation in the use of the Sea of Azov and the Kerch Strait, Ukrainian warships enjoy freedom of navigation, and therefore can pass through the Kerch Strait at any time, subject only to navigation safety regulations. Later, it became known that a Russian special ops unit had seized all the three Ukrainian boats when they were leaving the Kerch Strait. Six members of Ukraine's Navy were reportedly wounded, two of them were in serious condition.