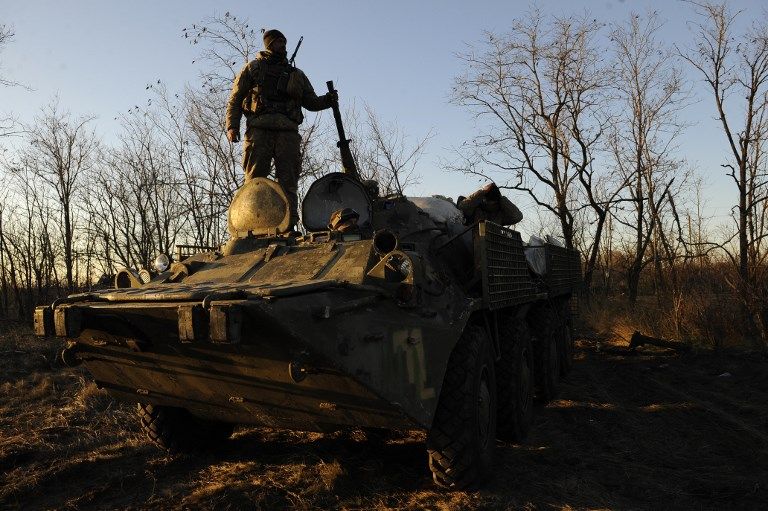 Between 12,800 and 13,000 people, both civilian and combatants, have been killed in hostilities in eastern Ukraine since the outbreak of the Russian-sponsored war in spring 2014, according to the United Nations Human Rights Monitoring Mission in Ukraine.

The organization’s new figures, provided on Jan. 21 to Germany’s DPA news agency, are significantly greater than the previously estimated death toll in the Donbas, which was at least 10,300 killed as of late 2018.

The United Nation said 3,300 of those killed in the hostilities were civilians , in addition to 4,000 Ukrainian combatants and some 5,500 Russian-backed militants.

Also, between 27,000 and 30,000 persons were injured amid hostilities in the region amid hostilities, German broadcaster Deutsche Welle said, reporting the UN’s new figures.

The UN’s mission in Ukraine did not immediately respond to comment.

The hostilities in the industrial region in Ukraine’s east flared up in April 2014, shortly following Russia’s invasion and annexation of Crimea in February and March the same year.

Amid pro-Russian rallies against the victory of the EuroMaidan revolution in Kyiv, a group of Russian special operations soldiers led by retired Russian FSB secret service colonel Igor Girkin crossed the Ukrainian border from Russia in April and seized control city of Slovyansk in Ukraine’s Donetsk Oblast.

The events is Slovyansk caused the declaration of the so-called “anti-terror operation” (ATO) on April 13, 2014 by the provisional central Ukrainian authorities under Acting President Oleksandr Turchynov. Meanwhile, most of the Donetsk and Luhansk Oblasts, including major cities of Mariupol or Luhansk, along with local centers fell under control of pro-Russian separatists.

In a series of heavy engagements known as the Battle of Slovyansk, Russian-led forces including local collaborators was effectively defeated by the Ukrainian army and fled from the town of Slovyanskto the central city of Donetsk, seizing it and consolidating its troops in the city’s residential areas.

In the following summer months of 2014, the Ukrainian Armed Forces, supported by numerous non-official civilian volunteer battalions, effectively liberated much of the battered region, with heavy loses suffered by both sides.

The major offensive that brought Ukraine’s forces close to ultimate victory eventually resulted in direct invasion of Russian regular army troops and their intervention in the battle of Ilovaisk in late August 2014.  Ilovaisk is the site of an important railway junction in Donetsk Oblast.

The battle resulted in a devastating defeat of Ukrainian forces, which became surrounded by overwhelming numbers of combined Russian regular and Russian-led proxy forces. Hundreds of Ukrainian troops were slaughtered during an negotiated non-armed withdrawal from the siege.

According to an official inquiry, Ukrainian forces lost at least 366 men during the Ilovaisk massacre, but unofficial reports claim the actual death toll is as high as 1,000 soldiers and officers.

The disastrous defeat compelled the Ukrainian authorities to sign a ceasefire agreement known as the First Minsk Accords during negotiations with Russian envoys and representatives of Russian-led forces in Minsk, the capital of Belarus, on Sept. 5, 2014.

Nonetheless, hostilities in the region continued, with Russian forces attacking new key strong points of Ukraine’s forces, such as Donetsk Airport, the gory battle for which continued for 242 days.

Facing the threat of another crushing defeat, Ukraine signed on Feb. 12, 2015, another ceasefire agreement envisaging wide concessions to the Russian-backed militant forces, but Russian attacks on Debaltseve continued even with total cease-fire supposed to have entered into force on Feb. 18.

Eventually, the city was captured by the enemy in violation of the agreement signed with Ukraine, although Ukrainian forces managed to escape encirclement and slaughter.

Since then, the conflict has stalled at the trench warfare stage, with low-grade hostilities going on on the daily basis and a 400-kilometer front line still dividing the region by halves.

A total of some 15,300 square kilometers of Ukraine’s territory remains occupied by the Kremlin in Donetsk and Luhansk oblasts alone.

According to President Petro Poroshenko, as of Dec. 17, 2018, Ukraine’s Armed Forces (not including combatants of non-aligned volunteer forces) had lost at least 2,914 military personnel since 2014.

On Dec. 16,  the Organization for Security and Cooperation in Ukraine reported that up to 43 civilians were killed and 182 injured in 2018 alone.