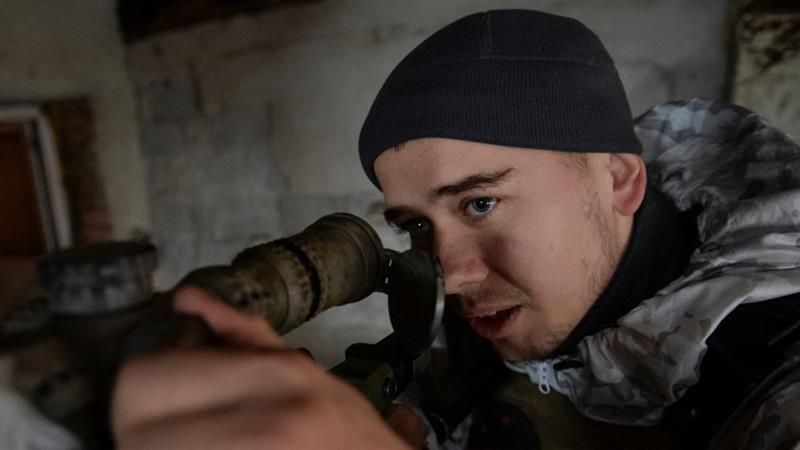 Russia-backed rebels in eastern Ukraine accuse Kiev's forces of killing four separatists, while Ukraine announced the death of one soldier.

Eduard Basurin, a senior rebel representative, told AFP news agency on Saturday that four fighters were killed by Ukrainian forces on Friday in the south of the Donetsk region. No civilians were injured, he said.

Dmytro Gutsulyak, press secretary of Ukraine's defence ministry, said at a briefing on Saturday that one of the Ukrainian troops was killed on Friday as rebels carried out nine "provocative shellings" of Ukrainian positions.

At least two other Ukrainian soldiers were also injured in the attacks, reported Pravda, a Ukrainian publication, citing the Ukrainian forces who accused the rebels of using high calibre weapons banned by the truce agreement.

The soldiers killed at least six separatists and injured seven more on Friday, according to Pravda.

"The defenders of Ukraine continue to control the enemy on the line of contact, while respecting the conditions of a ceasefire," Pravda quoted the press office of the Ukrainian forces as saying.

The toll in the last 24 hours was the highest since the latest fragile ceasefire entered force in the war-torn region on December 29.

The conflict began in 2014 when Moscow-backed rebels seized parts of Ukraine's eastern regions of Donetsk and Luhansk, protesting the removal of Ukraine's pro-Russian president, Viktor Yanukovich.

The violence between the Ukrainian government forces and the separatists has claimed about 13,000 lives.

An agreement reached in the Belarusian capital Minsk between Ukraine, Russia, France and Germany in 2015 has stopped a full-scale war in the country, but skirmishes keep claiming lives on the line of separation.

Russia denies the presence of Russian soldiers in Ukraine or supplying the rebels with weapons.

The confrontation that led to the seizure of the Ukrainian warships and arrest of all 24 crew members by the Russian forces has prompted international condemnation of Moscow.