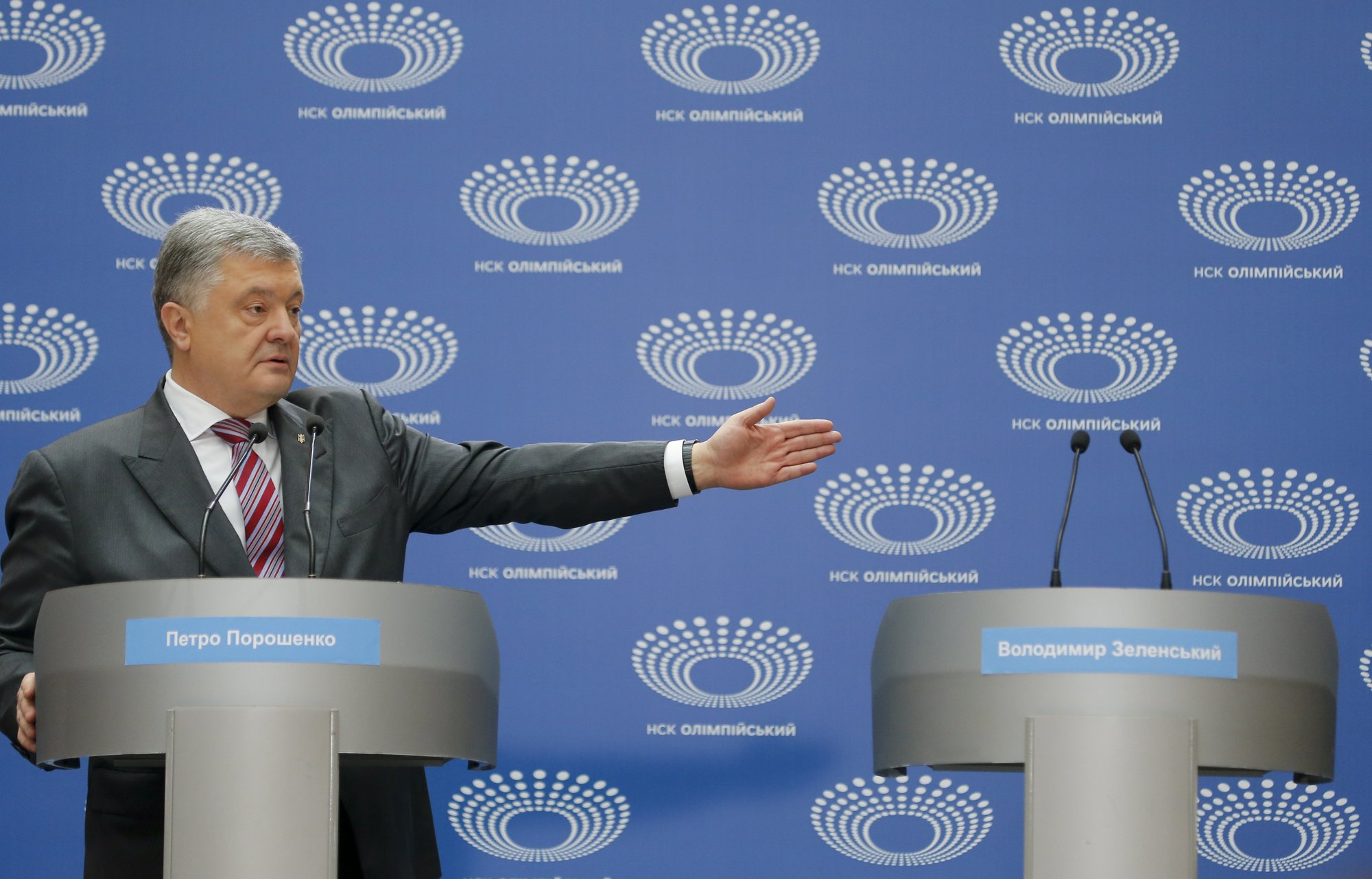 KIEV, Ukraine (AP) — Ukrainian President Petro Poroshenko stood next to an empty lectern bearing his election rival’s name and used a solo appearance at Ukraine’s largest sports stadium Sunday to lash out at the race’s inexperienced front-runner as a “virtual candidate.”

While Volodymyr Zelenskiy, a television comedian, has never held public office, a public opinion survey had him finishing far ahead of the incumbent president in the April 21 runoff election.

Zelenskiy got nearly twice as many votes as Poroshenko in the election’s first round last month, reflecting Ukrainians’ frustration with rampant corruption and weariness with the five-year conflict with Russia-backed separatists in the country’s east.

Poroshenko’s appearance at the sports stadium for a nominal debate was the latest skirmish in a battle of showmanship between the candidates.

Zelenskiy called for a debate to be held at the venue two days before the runoff vote, as well as for both candidates to undergo drug testing beforehand. Poroshenko said that date would conflict with the obligation to hold a debate at the studios of the national television channel.

Both did take drug tests, though at different locations, which reportedly came back clean.

Several thousand people stood outside the stadium in Kiev listening to the statement Poroshenko gave inside and the president’s answers to journalist questions.

Poroshenko once again belittled his election opponent’s lack of political experience and alleged the comedian’s reliance on social media rather than direct voter contact made him an unknown quantity.

“The Ukrainian people should not choose a virtual candidate,” he said.

“When a candidate flashes on the screens, but says nothing, for the majority it’s just a plot from ... ‘Servant of the People’,” he said, referring to the television series in which Zelenskiy plays a teacher who unexpectedly becomes president after a video of him ranting about corruption goes viral.

“I have to say these words - the fate of Ukraine is in danger,” Poroshenko said.

Poroshenko also challenged Zelenskiy to take part in a televised debate on Monday. There was no immediate response from Zelenskiy’s campaign staff.