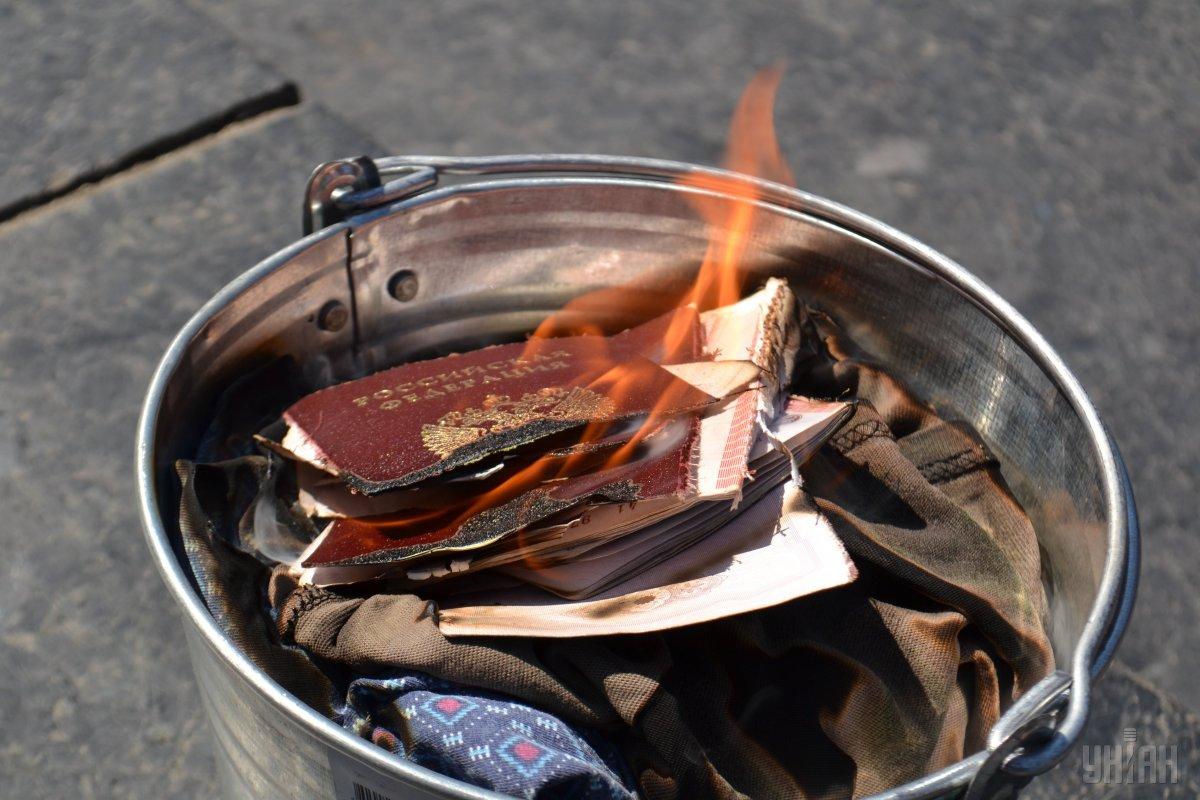 Ukraine's Ministry of Foreign Affairs has voiced protest against the opening of Russia-based centers that issue passports to Ukrainian citizens in Russia-occupied Donbas, eastern Ukraine. "The Ministry of Foreign Affairs of Ukraine expresses its strong protest against the launch of centers in Rostov Oblast, Russia, that issue passports of the Russian Federation to citizens of Ukraine who reside in districts temporarily occupied by Russia in Donetsk and Luhansk regions of Ukraine," the ministry said in a statement on April 30. "In this regard, we again emphasize that the abovementioned internationally-committed, wrongful acts of the Kremlin grossly violate the state sovereignty and territorial integrity of Ukraine," it said.
"Through its actions, Russia clearly demonstrates its absolute disregard of standards and principles of international law. By deliberately escalating, the Russian Federation also fundamentally undermines the Minsk agreements to which it is a party," it said. Ukraine's Ministry of Foreign Affairs once again states that the Kremlin's unlawful decisions aimed at facilitating the procedure to grant Russian citizenship to citizens of Ukraine are legally void and are not recognized by Ukraine. They in no way change Ukrainian citizenship of people living in the temporarily occupied districts in Donetsk and Luhansk regions, as their Ukrainian citizenship is defined by the Constitution and legislation of Ukraine.

"We resolutely demand that the Russian Federation immediately stop internationally-committed, wrongful acts against the state sovereignty and territorial integrity of Ukraine, cancel the changes to the federal laws of the Russian Federation on issues of citizenship in terms of facilitating the procedure for citizens of Ukraine, as well as decrees of the President of Russia No. 183 of April 24, 2019 and No. 74 of February 18, 2017, and all decisions taken to their execution," Ukraine's ministry said. Ukraine calls on international partners not to recognize and not to accept documents issued by the Russian Federation to Ukrainian citizens residing in territories that are temporarily occupied by Russia in Donetsk and Luhansk regions of Ukraine in violation of the Constitution and legislation of Ukraine, as well as any action handled with such documents. "We also renew our persistent call to consolidate political and diplomatic pressure on the Kremlin to [make it] comply with the standards and principles of international law, including by extending personal and sectoral sanctions against the aggressor state," the statement said.