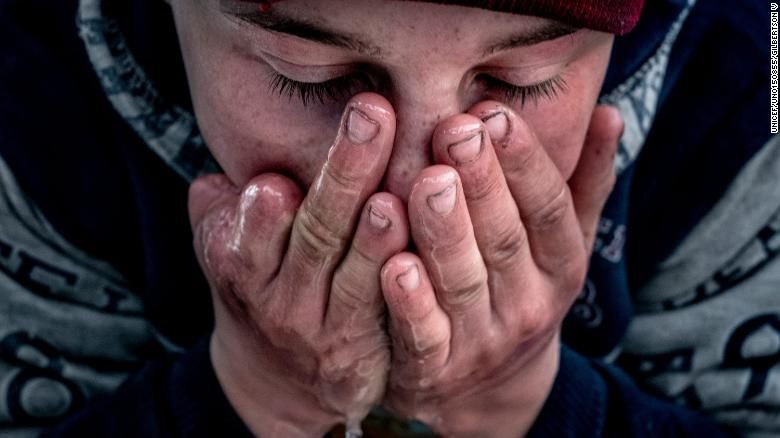 A recent escalation of fighting in Eastern Ukraine is threatening access to safe water and sanitation for more than 3 million people, including 500,000 children, UNICEF warned in a new statement on Wednesday.

Since 2014, Ukrainian troops in the eastern Donbas region have been battling Russian-backed separatists in a bloody conflict that continues to take its toll on civilians.

This year alone, the fighting has either disrupted or entirely halted the water supply for 3.2 million people, according to the children's rights organization. Some families living near the disputed city of Donetsk have had no water or electricity for years, according to UNICEF.

So far, fighting has also damaged water and sanitation facilities nearly 60 times, escalating the threat of communicable diseases in an area where immunization rates are low.

"When access is cut or reduced, children and their families often have no choice but to rely on contaminated water and unsafe sanitation," UNICEF Ukraine Deputy Representative, Laura Bill, said Wednesday. "This is particularly dangerous during the stifling summer temperatures we have seen recently."

Water interruption in April caused an outbreak of gastroenteritis in the area within days, she said.

One single incident damaging a water facility can disrupt water supply for an entire region, Sebastien Truffaut, Chief of UNICEF's Water and Sanitation Program in Ukraine, told CNN. "It brings a lot of concerns for us because if bad luck reaches one of the main water facilities, the water supplies for 300,000 - 500,000 people could be stopped," he said.

On June 29, shrapnel from exploding shells damaged water pipelines near the town of Horlivka, along the Siverski Donets-Donbass channel, which supplies water to more than 3 million people on both sides of the contact line, UNICEF said.

Children under the age of 15 living in areas of protracted military conflicts are about three times more likely to die from diseases caused by a lack of safe water, sanitation and hygiene than by direct violence, UNICEF said in an earlier report, published in March this year.

Nearly 13,000 people have died since the start of the conflict, according to UN figures.