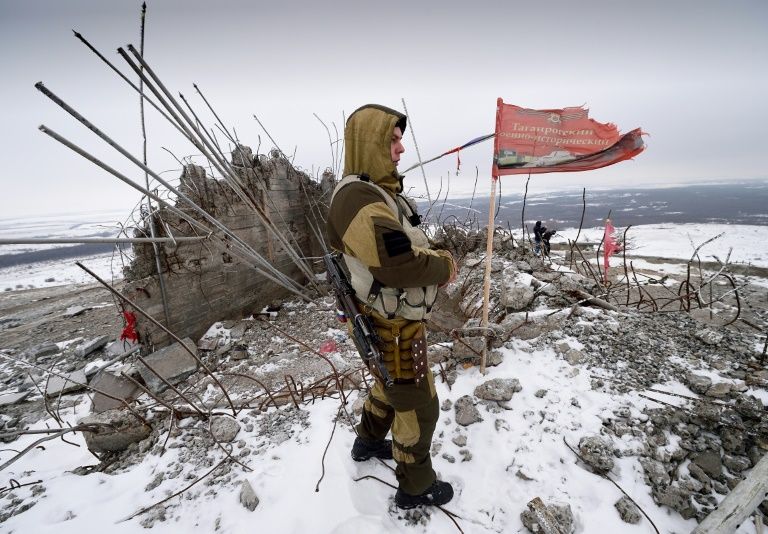 Kiev (AFP) - Four Ukrainian soldiers were killed in a grenade attack in the war-torn east of the country on Tuesday, Kiev said, the highest daily casualty toll over the past two weeks.

The troops died in a rocket-propelled grenade attack near the village of Pavlopil close to the Kiev-controlled port city of Mariupol, said Oleksandr Danylyuk, secretary of the National Security and Defense Council.

Ukrainian President Volodymyr Zelensky called the incident an attempt to "undermine" Ukraine's efforts toward peace and called on France, Germany and Russia to "meet as quickly as possible to resume negotiations".

"We will not cease to work toward ending hostilities or leave any attack on our soldiers unanswered," Zelensky wrote on his Facebook page.

Tuesday's casualties were the highest daily toll since a truce went into force on July 21 -- the latest attempt to ease hostilities between Ukraine forces and pro-Russian separatists.

In a separate attack, Moscow-backed separatists fired at the positions of the Ukrainian army near the village of Bogdanivka located south of the Donetsk rebel stronghold, military spokesman Dmytro Gutsulyak said.

Ukrainian forces and pro-Russian separatists, who carved out two "people's republics" in eastern Donetsk and Lugansk regions, have fought since April 2014, after the annexation of Crimea.

Some 13,000 people have been killed in the violence that Kiev blames on Russian President Vladimir Putin.

Moscow has denied claims it has funnelled troops and arms across the border.

A series of truce agreements, brokered by France and Germany, have helped dampen hostilities but sporadic and sometimes serious clashes continue.