It’s Time for Ukraine to Let the Donbass Go 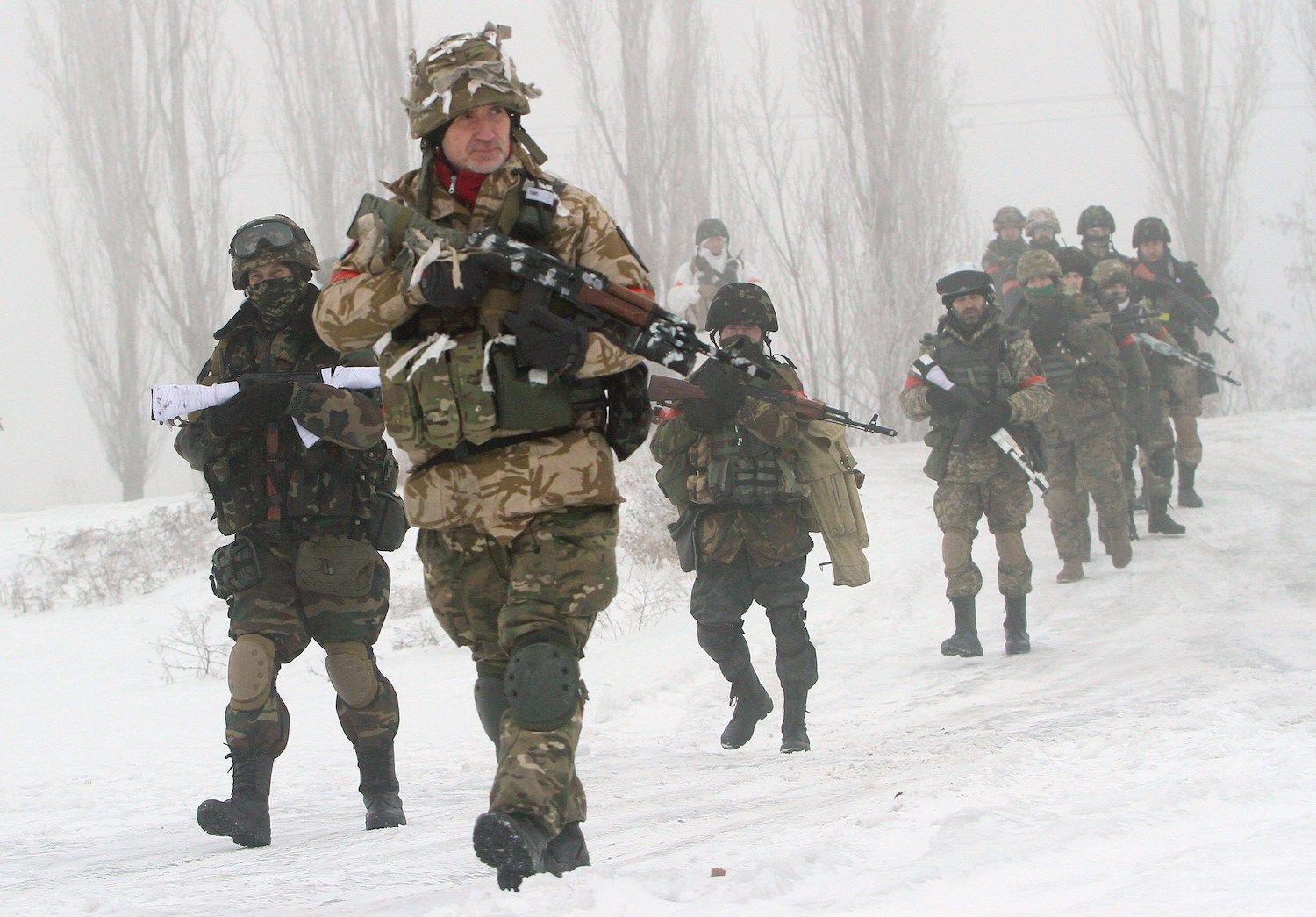 As the Dec. 9 meeting of the Normandy group tasked with resolving the war in Ukraine’s Donbass approaches, Ukrainians would do well to consider that Russia’s occupation of the territory has actually been a godsend for their country.

The Donbass has consistently supported Ukraine’s most retrograde, anti-reformist, anti-European, pro-Russian, and pro-Soviet political forces. It was the Donbass that made Viktor Yanukovych, whose political career was dedicated to bringing Ukraine back into Russia’s orbit, president in 2010. It was out of the Donbass that came his corrupt Party of Regions. And it was the Donbass that opposed popular pro-democracy uprisings in 2004 and 2014.

Russian President Vladimir Putin’s occupation of the eastern Donbass in the summer of 2014 effectively disenfranchised its voters. That was bad for the voters, but it enabled pro-democratic forces in unoccupied Ukraine to win the presidency and control of the country’s parliament, the Verkhovna Rada, in 2014. Most of the reforms that have been adopted in the past five years—along with Ukraine’s steady march toward Europe—would have been impossible had the Donbass remained a part of Ukraine.

If the eastern Donbass is brought back into Ukraine’s fold, many of these changes could be reversed or stalled, and whatever hopes Ukrainian President Volodymyr Zelensky has for pursuing more reform would be dashed. By the same token, Putin would be emboldened by Ukraine’s appetite for self-destruction to make even greater encroachments on its sovereignty.

The Donbass and its residents have been the war’s greatest losers. Thousands have died in the fighting; houses and infrastructure have been destroyed. The region’s economy, once an integral part of Ukraine’s, went into a tailspin, unemployment went through the roof, inflation soared—and the new regime and its thugs took advantage to enrich themselves. The separatist government helped promote the decay by dismantling viable factories and selling them to Russia. Small wonder that, for many Donbass residents, the best source of employment is the separatist armed forces.

Thanks to its centrality to the Soviet Union’s industrialization strategy, the Donbass was always the “model” Soviet region, run with a heavy hand by self-confident, well-fed Communist Party bosses intent on demonstrating to the world that they had succeeded in creating the “new Soviet man”—a person who evinced complete loyalty to the party and Soviet state and rejected all Western blandishments.

With such a long-standing tradition, it is small wonder that the Donbass became the stronghold of some of independent Ukraine’s most pro-Russian oligarchs. By virtue of its proximity to Russia and strong ties with Russia’s energy sector, the Donbass has also functioned as a channel for Russia’s own corrupt business practices to seep into Ukraine. Putin’s seizure of the Donbass instantly made Ukraine more transparent, simply by disrupting the web of corruption and criminality that bound Ukraine, the Donbass, and Russia. Bringing the eastern Donbass back into Ukraine would reverse course.

Minus the Donbass, Ukraine has also been able to embark on a vigorous program of building a tolerant, inclusive, civic nation.

Minus the Donbass, Ukraine has also been able to embark on a vigorous program of building a tolerant, inclusive, civic nation.

That was much more difficult when Russian supremacist politicians and movements in the Donbass insisted that the only valid type of Ukrainian nation is one that upheld Putin-style authoritarianism and retrograde values. It was Yanukovych, with support from the region, who labeled Putin’s authoritarianism democratic and Ukraine’s democracy fascist. Bring back those politicians, and Ukraine’s still fragile liberal nation-building project could easily collapse.

Thanks to Putin’s occupation of the eastern Donbass, his leverage over Ukraine also decreased. As long as a pro-Russian, anti-Western region was part of Ukraine, he could—and did—insist on being able to intervene on its behalf—ostensibly to protect the rights of Russian speakers, but in reality to interfere in the internal affairs of democratic neighbors. If the eastern Donbass is brought back into Ukraine’s fold, Putin’s leverage will increase once more. He’d be given an inroad back into the country’s politics as a whole.

For all these reasons, reintegrating the Donbass will reverse much of the progress Ukraine has made in the last five years. But it could make things even worse for two further reasons.