Ukraine knew Flight 752 had been shot down, but it was careful not to antagonize Iran 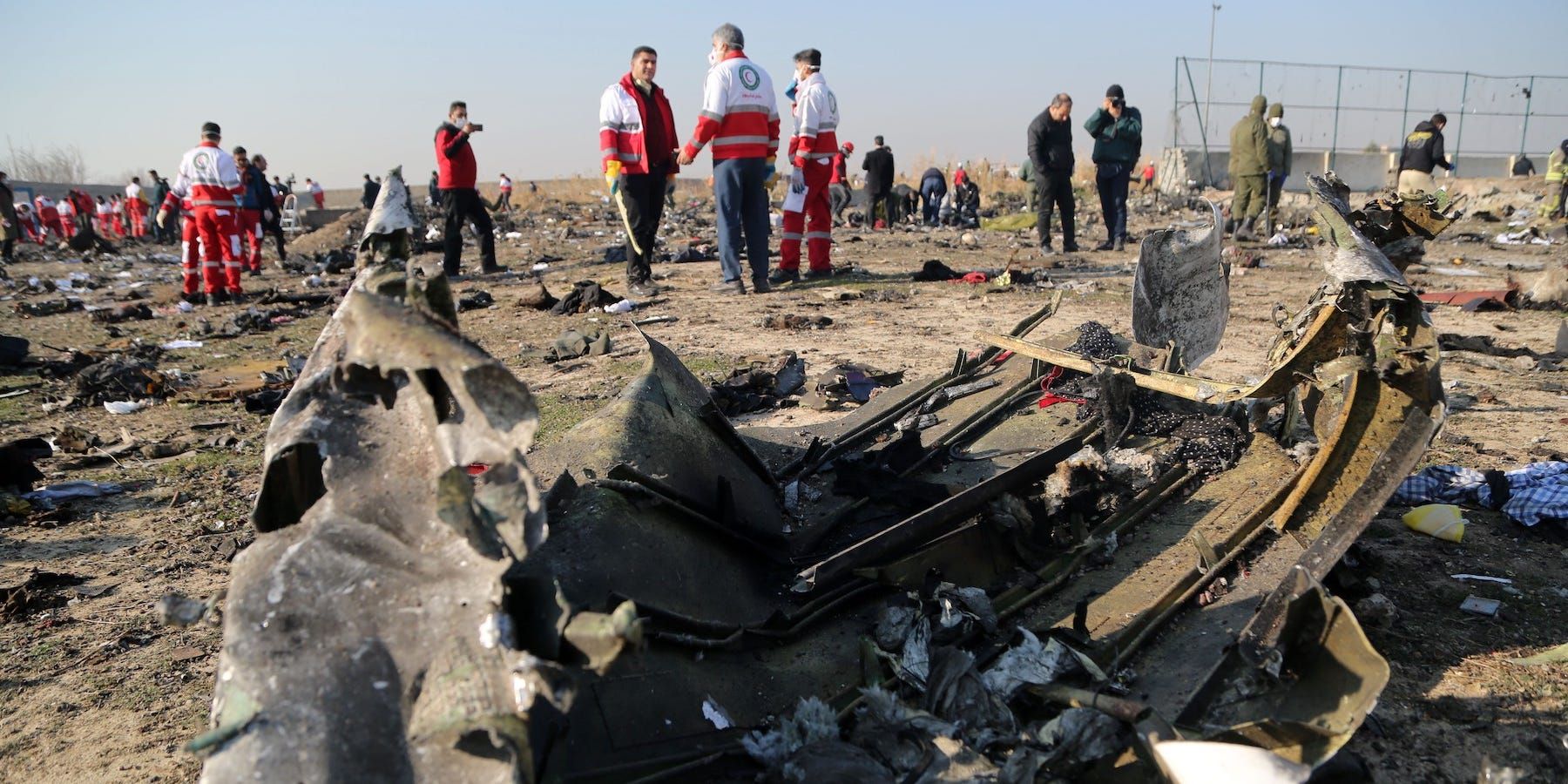 KYIV — Within hours of Iran’s stunning admission Saturday that its missile mistakenly shot down a Ukrainian passenger plane, Ukraine made a big reveal of its own. The country put out photos, taken a day earlier, showing wreckage riddled with small holes, suggesting damage from shrapnel.

Well before Iran admitted shooting down Ukrainian International Airlines Flight 752 outside Tehran on Wednesday, Ukraine realized the plane had been destroyed by a missile. But the country’s leaders tread a careful diplomatic path.

“The argument already didn’t exist for them to deny all this,” Oleksiy Danilov, secretary of Ukraine’s National Security and Defense Council, told The Washington Post.

Soon after the plane went down, killing all 176 on board, U.S. officials and the leaders of Canada and Britain told the world they believed the plane was likely shot down by Iran. Ukrainian President Volodymyr Zelensky asked them to share their information with him, but held off announcing any of Ukraine’s conclusions — a strategic decision, Danilov said.

“We came to this conclusion before the Americans and Canadians,” he said.

Iran admits to downing airliner amid calls for justice, transparency

Ukraine wanted its investigators to gather hard evidence of their own, Danilov said. Officials were careful to avoid sharp criticism of Iran during this time to ensure its cooperation in the probe.

Zelensky, caught between the United States and Iran after a U.S. drone strike killed Maj. Gen. Qasem Soleimani, the leader of Iran’s Revolutionary Guard Corps’ Quds Force, had the difficult task of securing the “cooperation of Western backers and Iran without being drawn into either side’s narrative of the Iran-U. S. conflict,” said Katharine Quinn-Judge, a Kyiv-based analyst for International Crisis Group.

Four days after the plane went down, Zelensky announced that he and Iranian President Hassan Rouhani had “agreed on full legal and technical cooperation, including compensation issues.”

“Once again, Zelensky walked a thin diplomatic balance beam and came out without falling flat on his face,” said Nina Jankowicz, a scholar at the Wilson Center. “For a political novice, he seems to have a keen sense of exactly how to appease opposing factions in order to protect Ukraine’s interests.”

Ukraine now has the kind of closure from Iran it still hasn’t received from Russia for the July 2014 downing of Malaysia Airlines Flight 17. That plane was shot down by a missile launched from rebel territory in eastern Ukraine, killing all 298 on board.

A team of investigators from Australia, Belgium, Malaysia, the Netherlands and Ukraine identified a Russian military unit in charge of the antiaircraft missile system and has pursued prosecution of the Russian and Ukrainian citizens allegedly involved. Russia continues to deny any part in the incident.

“When an airplane departed from a European capital five-plus years ago, Europe still hasn’t finished its investigation into this catastrophe and can’t say who’s guilty,” Danilov said. “In our case, a lot less time has passed in order to understand what happened.”

A Ukrainian team of 45 experts and search-and-rescue personnel, including some who worked on the Malaysia Airlines case, arrived in Tehran early Thursday to investigate the cause of the Ukrainian International Airlines crash and identify the bodies. Ukrainian Foreign Minister Vadym Prystaiko told reporters Friday that “as it happens with these cases, the investigation team is not happy.”

Photos purported to be from the crash site posted on social media showed remnants of a missile from the Russian-made Tor air defense system, known in NATO parlance as the SA-15 Gauntlet. Russia has exported the surface-to-air missile system to several countries, including Iran in 2005. It’s designed to hit targets in the short to medium range.

Danilov wrote on his Facebook page Thursday that he wanted investigators to scour the crash site for that.

What is SA-15, the air defense system that may have shot down a Ukrainian plane?

But among the challenges investigators faced was that the crash site was quickly cleared and bulldozed. Parts of the plane were taken to a nearby hangar. Ukraine didn’t get access to the black box until Friday. Prystaiko said investigators were examining pieces of the plane and the chemical residue on it, and were also at a hospital “analyzing the bodies of the people who perished in the crash.”

Zelensky said DNA samples from relatives of the 11 Ukrainians who were on the plane were collected to help identify their bodies.

“Modern technology, the rapid exchange of information, the work with the information resources that we have today in the world — they give the ability to find answers to very difficult questions,” Danilov said. “We believe that they already understood that the option that it wasn’t them didn’t exist anymore.

“The analysis of the information that we had here — not in Tehran but in Ukraine — already pointed to fact that they had nothing to stand on.”

Avoiding a larger international rift is a significant hurdle cleared for Zelensky, a 41-year-old comedian who received overwhelming support in Ukraine’s election last spring. He has been pulled into the impeachment proceedings against President Trump, and has been negotiating with Russia, France and Germany on ending the conflict in a swath of separatist-controlled eastern Ukraine.

In a video address to Ukrainians on Sunday, Zelensky was solemn but triumphant.

“We worked systematically, without hysteria, for one thing: to achieve results, to find out the truth about the circumstances of the crash,” he said.