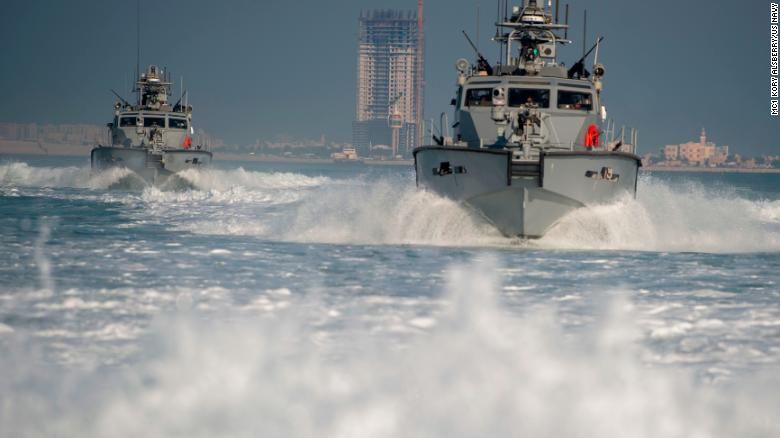 Washington (CNN)Members of Congress have been informally notified of the Defense Department's plans to provide $125 million in new military assistance to Ukraine, including armed patrol boats, according to a congressional aide and US official.

The chairs and ranking members of the relevant congressional committees will have a chance to review the aid packages before Congress is formally notified.

This is the first half of the $250 million in Ukraine Security Assistance that has been appropriated by Congress.

The new assistance package includes counter-artillery radars and armed Mark VI patrol boats, the latter of which is seen as particularly important given Ukraine's tensions with Russia in the Black Sea and the Sea of Azov.

"As a matter of policy, the Department of Defense does not comment on or confirm potential or pending security assistance packages while under Congressional review," Pentagon spokesperson Lt. Col. Carla Gleason told CNN.

In 2018 Russian forces seized three Ukrainian vessels and captured 24 Ukrainian sailors following a crash in the Kerch Strait that connects the Black Sea and the Sea of Azov.

The Ukraine Security Initiative was thrust into the spotlight after the Trump administration froze security assistance to Ukraine after it was notified to Congress, an action that led the House of Representatives to impeach President Donald Trump.

The articles of impeachment said the Trump administration blocked the previous aid tranche to Ukraine in an effort to get Kiev to investigate an energy company linked to the Biden family.

Trump's attempts to pressure Ukraine to investigate Hunter Biden and Joe Biden, his potential political rival, were at the center of the impeachment trial.

Trump has repeatedly made unfounded and false claims to allege that the Bidens acted improperly in Ukraine. There is no evidence of wrongdoing by either Joe or Hunter Biden.

Trump was acquitted by a vote in the Senate.

The White House has offered shifting and vague accounts of why the hold was implemented and what triggered Trump to ultimately change course and release the money.

The nonpartisan congressional watchdog, the Government Accountability Office, conducted a review which found that the Trump administration broke the law when it withheld US security aid to Ukraine last year.

The GAO said that the White House budget office violated the Impoundment Control Act, a 1974 law that limits the White House from withholding funds that Congress has appropriated.