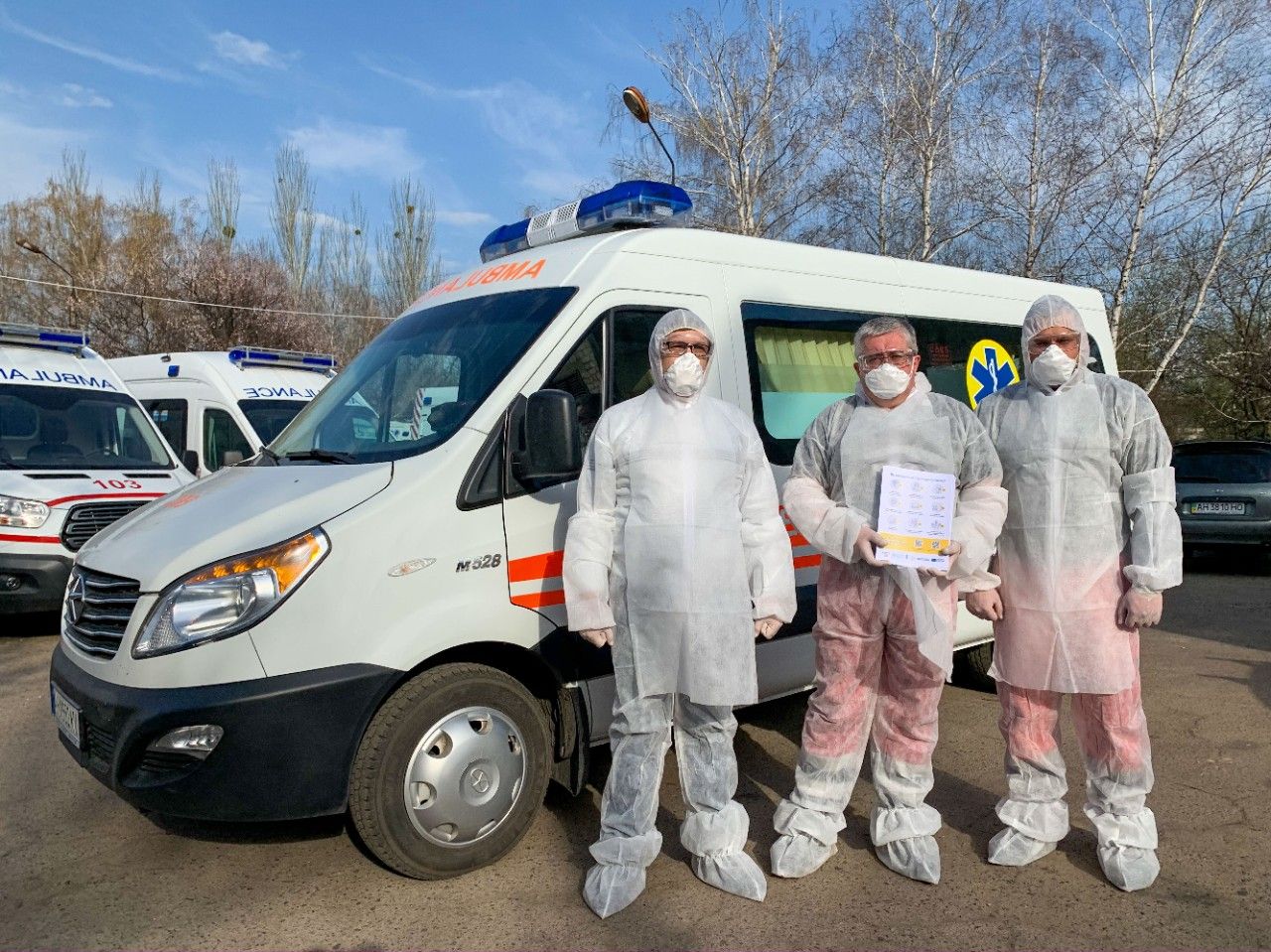 Kyiv — The COVID-19 pandemic is pushing Ukraine towards its worst recession in decades—possibly a depression—with devastating consequences for its most vulnerable people, according to a broad UN assessment presented to the Government on 18 September. Ukraine has so far reported nearly 170,000 confirmed cases of COVID-19 and more than 3,400 deaths.

The socio-economic assessment of COVID-19’s impact on businesses and households, led by UNDP in collaboration with UN Women and the UN Food and Agriculture Organization, comprised more than 50 separate studies and will inform policy and programmatic responses to the pandemic. It found that 84 percent of households have lost income and 43 percent have at least one family member who has lost a job. More than 2,000 households and enterprises across the country participated in the surveys.

In January, Ukraine’s GDP was projected to grow 3 percent this year. But by July, economists forecast it could drop by as much as 6 percent as global lockdown measures slowed or halted manufacturing, retail trade, transportation, exports, and remittances.

“We must plan for the worst and hope for the best, planning as far ahead as possible,” UNDP Resident Representative Dafina Gercheva said. “What we do now will both soften the blow from the pandemic and contribute directly toward rebuilding the country forward—better, stronger, and more resilient than ever before. The actions we take now will determine what kind of world emerges from this crisis.”

Ukrainian Prime Minister Denys Shmyhal said the Government had addressed the dual challenges of containing the virus and maintaining the economy through “an adaptive quarantine [that] allows us to respond quickly to outbreaks in certain areas, but without having to stop the country.” Kyiv is currently developing a set of measures to boost economic growth, notably by implementing business support programs, privatizing state-owned enterprises, and stimulating consumer demand, he said.

UN Resident Coordinator Osnat Lubrani praised the responses devised by the Government’s Crisis Coordination Management Unit, which is in the Prime Minister’s Office and was established by UNDP. “This crisis is an opportunity to ensure a transformational change though better policies in taxation, social assistance, governance and anti-corruption, environment, and climate change,” he said.

The assessment found that the crisis has impacted people differently depending on gender, economic status, and location. City-dwellers, for example, tend to have better access to the Internet, state services, and transport and better employment prospects than others.

People living in conflict-affected areas, further, face additional deprivations, the report found. Ongoing shelling damaged many water supplies, which has deprived them of running water during the pandemic, while unemployment and extreme poverty increase the vulnerability for young people begging, increased alcohol intake or abuse, and participation in sex work.

Additional highlights from the report:

· The crisis and ensuing lockdown to contain it have caused outputs, household spending, and trade to plunge. Global value chains have been disrupted and this will lead to a steep decline in GDP.

· Over-reliance on social transfers and remittances made the country particularly vulnerable to shocks.

· More than 8 percent of small and medium-sized enterprises are on the brink of bankruptcy and may be forced to close.

· More than 9 million people may risk falling back into poverty during the pandemic.

· Women and girls are disproportionately affected because of their high exposure to the virus. Women account for 82 percent of the health and social workers, compared with 70 percent on average worldwide.

· The crisis and lockdown have also led to a spike in domestic violence, with reported cases up 30 percent. Many more have likely gone unreported.

Recommendations for a sustained recovery include:

· Focusing first on vulnerable groups such as women, older people, and people living with chronic health conditions and disabilities.

· Maintaining essential services and treat COVID-19 at the primary health care level as much as possible.

· Scaling up spending on health and continuing reforms to the public health system.

· Making remote learning available to all students and training teachers in online instruction.

On 17 March, just over two weeks after the first case of the COVID-19 disease was confirmed in the country, the government imposed a strict set of quarantine measures, including closing the country’s borders and requiring citizens to stay at home, only being allowed to go outside to buy food and medicine.

“With the country under quarantine,” Gercheva said, “UNDP immediately mobilized its partner networks and contributed to the COVID-19 response, providing information leaflets via a housing improvements project that reached around 1.8 million people. Disinfectant and personal protective equipment was provided to medical workers, police and rescuers in eastern Ukraine.”

In April, UNDP Ukraine also initiated monitoring on access to public information, with the focus on the COVID-19 outbreak response at the local level. Work has also begun on integrating aspects of coronavirus-related stigma and discrimination to the agency’s work through the Ombudsperson’s regional network.

UNDP helped the government set up Crisis Coordination Management Units, under the Prime Minister’s Office and Ministry of Foreign Affairs, with technical coordination by the Vice Prime Minister on European and Euro-Atlantic Integration. UNDP then launched a campaign to encourage solidarity during the pandemic and a joint initiative with the independent publication platfor.ma to help young people aged 14-22 cope with isolation, social distancing, and quarantine restrictions while staying at home.

UNDP organized a hackathon called the #HackCorona Challenge in partnership with the Ministry of Digital Transformation to identify the best tech-based solutions for mitigating and addressing the challenges caused by COVID-19. In conflict-affected east of the country, UNDP also helped 10 businesses from conflict-affected eastern Ukraine, previously supported by the agency with business grants, to launch online stores selling products from coffee and honey, to linen, home décor, and souvenirs.

More recently, UNDP launched a Chatbot developed in partnership with the Ukraine Chamber of Commerce.  The chatbot responds automatically to user queries about ways for micro, small, and medium-sized enterprises to mitigate the negative impacts of COVID-19. It can also produce pre-filled force majeure certificates and forms to present to landlords and banks.